Learning how to be an athlete: 5 steps to achieving the impossible. 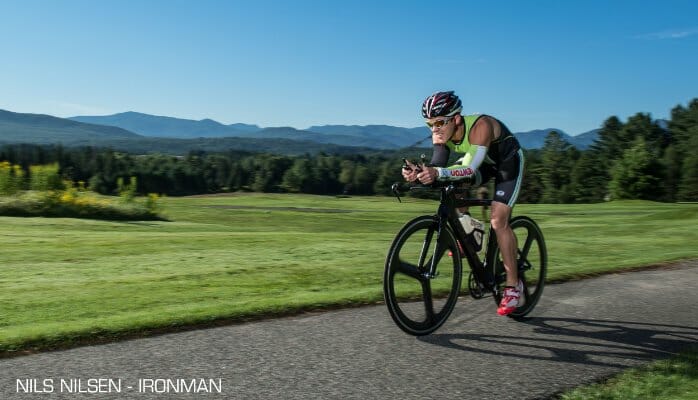 Athlete – something almost every child aspires to be for one reason or another. For some it’s to be famous, others it’s to fulfill the wishes of their parents and for many it’s simply because they love the feelings they experience from pushing themselves to the limit. Being an athlete doesn’t mean you have to be a professional athlete and rely on your athletic talents for an income. I have met many athletes who will never earn $1 from their performance but yet their ability to compete with their unique talents has inspired millions.  I firmly believe being an athlete transcends sports headlines and what we see on ESPN.  The ability of an athlete is not measured by their performance…its measured by their heart – their ability to make the most of their God given talents.

The pursuit of human perfection is something that has fascinated mankind since the beginning of time, continuously seeking to push the human body to its limits, redefining what’s humanly possible.

Just 61 years ago the thought of running a 4 minute mile was deemed physically impossible.  The attainment of The Perfect Mile (Neal Bascomb) played out in world headlines in the battle between Englishman Roger Bannister, American Wes Santee and Australian John Landy.  In his epic performance on May 6, 1954, Bannister redefined what was humanly possible with his 3:59.4 record mile.  Bannister’s performance was more than just another world record.  His performance arguably reshaped the mindset of human performance, allowing people to break through the realm of impossibility.  Just 10 years later, high school runner Jim Ryun bested Bannister’s performance and the 4 minute mile is now “the standard” for middle distance professional runners.  Like most things in life, it just takes one person to prove it’s possible to start a paradigm shift.

The adoption of ‘anything is possible’ is not limited to those who set world records.  It also belongs to those who have overcome unfathomable obstacles just to earn the opportunity to compete.  I’d like to introduce you to Kyle and Brent Pease, athletes, brothers first and foremost, and their journey to competing in triathlons is nothing short of miraculous and awe inspiring.

Kyle was diagnosed at an early age with cerebral palsy, suffering from loss of sensation and use of all his limbs.  As debilitating as this disease is, it hasn’t prevented Kyle from leading a productive and normal life.  Kyle graduated from college with a “B” average, currently holds 4 jobs and competes in Ironman triathlons with his brother Brent – if he doesn’t embody an overachiever I’m not sure who does.  I had the good fortune to meet Kyle last week in Boulder, CO as we are both ambassador athletes for Newton Running (Ambassador athletes are chosen based on their love for the sport and ability to inspire others).  As Kyle was sharing his story with the team, I couldn’t help but linger on his comment “I had to learn how to be an athlete.”  This gave me pause and my athletic career began to play out in my head.

Kyle so succinctly described what I had been doing since I was 8 – learning how to become an athlete.  Our bodies (Kyle and mine) had been transformed into what many would describe as atypical athlete bodies.  Not having the full use of your limbs is quite an obstacle and requires extensive rewiring of your brain to adapt…and adapt we did.  As I heard Kyle describe what he had to endure to learn how to participate with his brother in endurance events, I reminded myself how easy we take the most basic things for granted – like walking to the bus stop, holding a tooth brush or even dressing ourselves.  The basic things are not so basic for Kyle.  His ‘can do attitude’ is the same grit and determination that produces Olympic champions.  The only difference is those athletes were graced with a body to match their mental resolve.

Does the lack of a flawless body make Kyle any less of an athlete?

Is he not doing things with his body that most deemed impossible?

Ever since I was burned at 8, I wanted nothing more than to become an athlete.  Although my body was ridden with scars and I physically couldn’t lift my right arm over my head for 3 years, all I wanted was a chance to compete and prove myself.

I truly believed that by competing, and by competing I mean playing by the same rules with no special considerations for my injury, I could escape the pain of my injury and be a normal kid for those 2 hours.  Soon after the games ended, reality came crashing down and I was left to deal with my scars and physical deformity.  It soon became my resolve to redefine how others would perceive me.  I would no longer let them see me as ‘the burn kid’, the helpless kid who wore compression suits and plastic orthotic braces on his face, neck and torso.  I vowed to commit myself relentlessly to learning how to be an athlete, accepting whatever pain and sacrifice that entailed.  In my head, I knew no sport could ever inflict physical pain worse than what I had already experienced or mental pain worse than constantly being the subject of stares and whispers everywhere I went.  I knew my injury had robbed my ability to compete in sports that required finesse and touch (like golf, tennis, basketball) but it had also transformed my body for competing in physically demanding sports that rewarded high thresholds of pain (like wrestling, boxing, triathlons).  Looking back, I have been extremely blessed and have been fortunate to compete in 7 triathlon world championships, 3 state wrestling team championships and 3 boxing title championships.  In the last 33 years, I have learned what it takes to be an athlete.

5 steps to becoming a true athlete

Competing is an individual thing.  For many, competing means showing up and participating.  For others, myself included, competing means giving it everything you got, every play, every minute and never quitting regardless of the score.  It’s not about the medal but whether you gave it everything you had.  Not everyone is a winner, and I love winning more than anyone, but there is also a great satisfaction in knowing you gave it everything you had and there was nothing more you could have done.  It’s all about running your perfect race.  Everything else will fall into place.