3 reasons why miracles happen. Why I’m a BELIEVER! 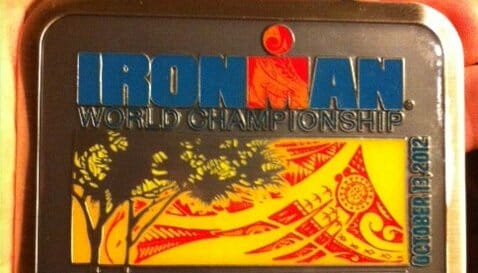 How many of us as a kid looked around at others and said, “Man, they are so lucky.  Things just always seem to work out for them.” You wanted to know their secret for success but you could never crack the code. You just couldn’t put the pieces together… always missing that one main ingredient. As adults, many of us are saying that even more as we look around at our peers or neighbors. We feel like we’re doing everything we need to be doing but somehow we’re just not experiencing the greater things life has to offer. Oddly, as we take stock of those that seem to have really figured life out, their “calling” as we say, if often times is those we dismissed or overlooked in high school, and even college. As we look at where they’re at in life,

we can’t help but scratch our heads and wonder what the heck are they doing that we’re not doing.

I can’t attest for them personally but I can share what I’m doing and what has been a complete game changer.  Some may dismiss it as hogwash, late bloomer syndrome or placebo effect, but I think the results speak for themselves and quite honestly I don’t care what others think.

We have all heard about miracles but sadly not all of us believe in them.  The scientific community is working feverishly to debunk every miracle known to man and there are tons of websites devoted to disproving what many of us hold sacred and dear to our core beliefs.  Why is that?  Why do some commit their sole existence to proving there is a logical and explainable reason for every daily action?  Imagine if they committed the same energy to proving majestic things happen every single minute without our knowledge that impact the lives of millions – and have since the dawn of time.  Imagine how the daily lives of people would be changed if they knew the great things in their life were not always their own doing?

Do you think your life would be different if you believed miracles happened daily and your faith in that belief would change your life forever?

I expect miracles to happen

I believe in miracles and as a believer I expect them to happen.  As a believer, I realize miracles in my life happen without my knowledge and often times those miracles produce unfathomable outcomes 5, 10 or even 20 years later in my life.  Just because I don’t see immediate results I don’t quit believing.  Who would have ever thought a severely disfigured 8 year old would marry a beautiful God loving woman and have 5 amazing kids?  Who would have thought a child who was told he would never play sports again would have the chance to compete in 7 triathlon World Championships and finish 21st in the World?  Who would have thought a kid driving a dump truck for a living and waiting tables would one day be in the top 2% of US income earners?  It’s nothing short of a miracle.  It happened because I believed it would happen and committed to the hard work to make it possible.  I am also smart enough to know I didn’t do it on my own.  It was all part of God’s plan…the ‘coincidental’ encounters with those that have had significant impacts on my life were no coincidence.

Not only do I expect miracles to happen, and my life experiences have reaffirmed their existence, I also expect them to happen daily.  Daily miracles take on a different meaning and not all, in and of themselves, are life changing.  So many of these daily miracles have minimal impact to my weekly or even annual actions, but their accumulation have a profound effect on my total quality of life and well-being.  In my mind, waking up every day excited to take on the world and go to work is a miracle.  I can’t tell you how of my friends dread weekday mornings and the thought of punching the clock another day.  I think going to bed a happily married man and proud father of 5 is an absolute miracle.

As a kid whose parents were divorced when I was 4, I have an unbelievable appreciation of what it takes to make a marriage work and I know it takes a lot of work… and a commitment to do whatever it takes to make it work and refusal to ever give in just because times are tough.

Lastly and most importantly, miracles are nothing without faith.  In today’s world so many are quick to take personal accountability for their own success.  They truly believe they have gotten where they are in life through their own hard work and intelligence.  For me, I trust in God’s plan for my life and have finally learned to embrace His plan…committing to it 110% even though it may seem counter to what most call logical.  Let’s be honest, those that really make it in life are known for breaking the norm, walking to the beat of a different drummer.  I can’t think of a better drummer to march to personally. Can you?

For years I only asked for His help when I was in a true bind.  I thought it was selfish for me to pray for success.  Who taught me that?  Where did I ever hear you couldn’t be successful and not love God?  The two are not mutually exclusive.  Sadly, many lost their way once they accumulated success, forgetting their roots and how they rose to the top of the corporate ladder.  But not all have.  There are many great examples of Christian leaders who incorporated stewardship into their business success plan. Who doesn’t know the story of Truett Cathy, founder of Chick-fil-a; a man who in 70 years has never been open on Sundays so his employees could attend church and spend time with his families. I often times wish Chick-fil-a was open on my way home from church but I think God is using Truett as a reminder for me to never forget who bestowed my blessings.

I truly believe God wants us to use our talents and gifts to experience happiness, which hopefully is a by-product of success.  I think those that realize their success comes through their God given gifts have a greater appreciation of their success and use their success to improve the lives of others.